Posted by Admin on Monday, 12 August 2013 in Mortgage Supermart Singapore

- Prices of private residential real estate properties continued to show strong growth, increasing by 1% in the second quarter as compared to a 0.6% price increase in Q1 of 2013.

- There are signs of slowing demand for rentals of private residential properties as rents have rose by only 0.3% as compared to an increment of 0.8% in Q1 2013.

- After 7 rounds of property cooling measures, demands for residential building under construction (BUCs) units seems to have weaken slightly as developers sold only 4538 units as compared to 5412 units in Q1 2013.

- Buying demand seems to have shifted towards executive condominium BUC purchases as developers sold 932 EC units, roughly about 28% higher than the 725 EC units sold in Q1 2013.

- In the completed resale market, transactions dropped marginally from 2005 units to 1982 units.

- The total number of gross units transacted, including uncompleted, completed, sub-sale and resale fell from 7809 units to 6808 units which marked a ~13% drop in overall transactions.

- In the supply pipeline, developers launched 87,789 uncompleted private residential units, of which 33,255units remained unsold. This represents about 37.8% of the total supply property units.

- Based on the expected completion dates reported by the developers, about 12,000 units (including ECs) will be completed in the second half of 2013 and an estimated 21,235 units to be completed in 2014.

- The vacancy rate for completed executive condominiums remains stable at 0.3% for both Q1 and Q2 2013. 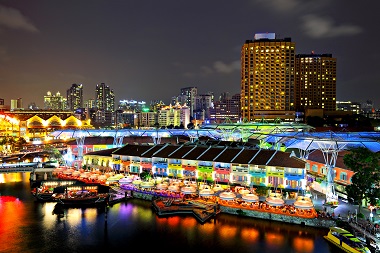 - There is a total supply of about 1.149 million sqm GFA of office space in the pipeline.

- Prices of industrial factory spaces slowed sharply after the new recent property cooling measures targeting industrial properties. Prices rose by only 0.5% in Q2 as compared to a sharp rise of 2.9% in Q1 2013.